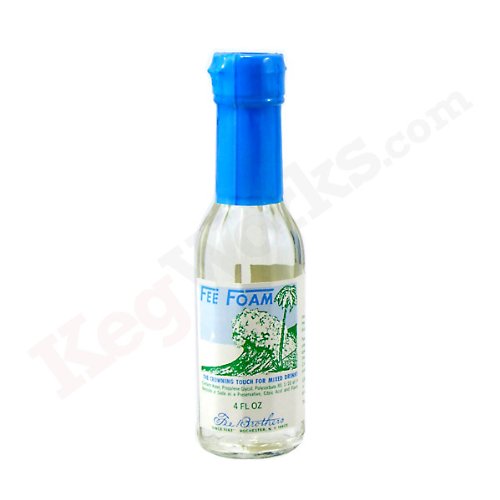 Fee Foam is the solution to giving your shaken drinks a nice foamy head. By adding only two dashes before shaking, your creations will have the finishing touch that is so visually appealing. This foaming agent does not contain egg or egg products and is taste neutral. A dasher cap provides easy dispensing. Size: 5 Oz